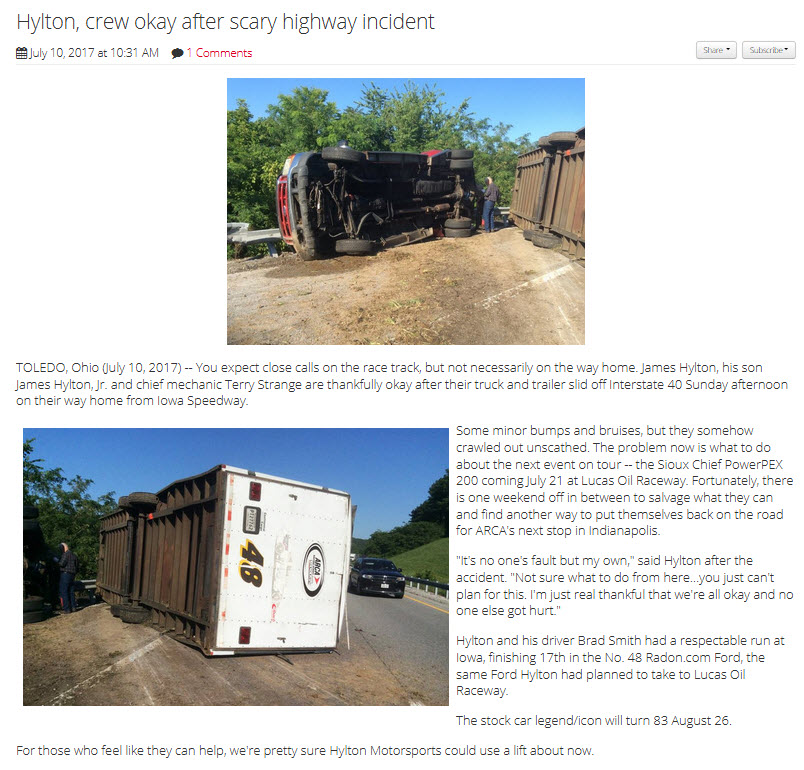 Our team mates and sponsors:
About Brad Smith: Brad is closing in on his milestone 300th career ARCA start and has been a consistent top-20 driver throughout his career. In 2016 he finished 6th in ARCA Driver Points and also won the inaugural ARCA General Tire “Spirit Award”. He also was the winner of the ARCA “Sportsman of the Year” award in 2006. He is currently 8th in Driver Points for the 2017 season.

About GM CAR (Community Action Resources):
Doing what’s right.
At GM, it is our values, ethics and actions that define our approach to doing business.
While our largest and perhaps most direct community impact results from decisions about plant locations, employment levels and suppliers, we work hard to address the health and vitality of our communities through financial and in-kind contributions and educational and community partnerships.

Giving back.
The General Motors Foundation (GMF) was created in 1976 to ensure continuity of corporate philanthropic efforts. The GMF is committed to supporting organizations and programs designed to improve the quality of life in communities. The GMF supports a variety of activities in four major areas: education, health and human services, environment and energy, and community development.