Catching up with Brad Smith after Daytona; adds two cars to team Hylton. 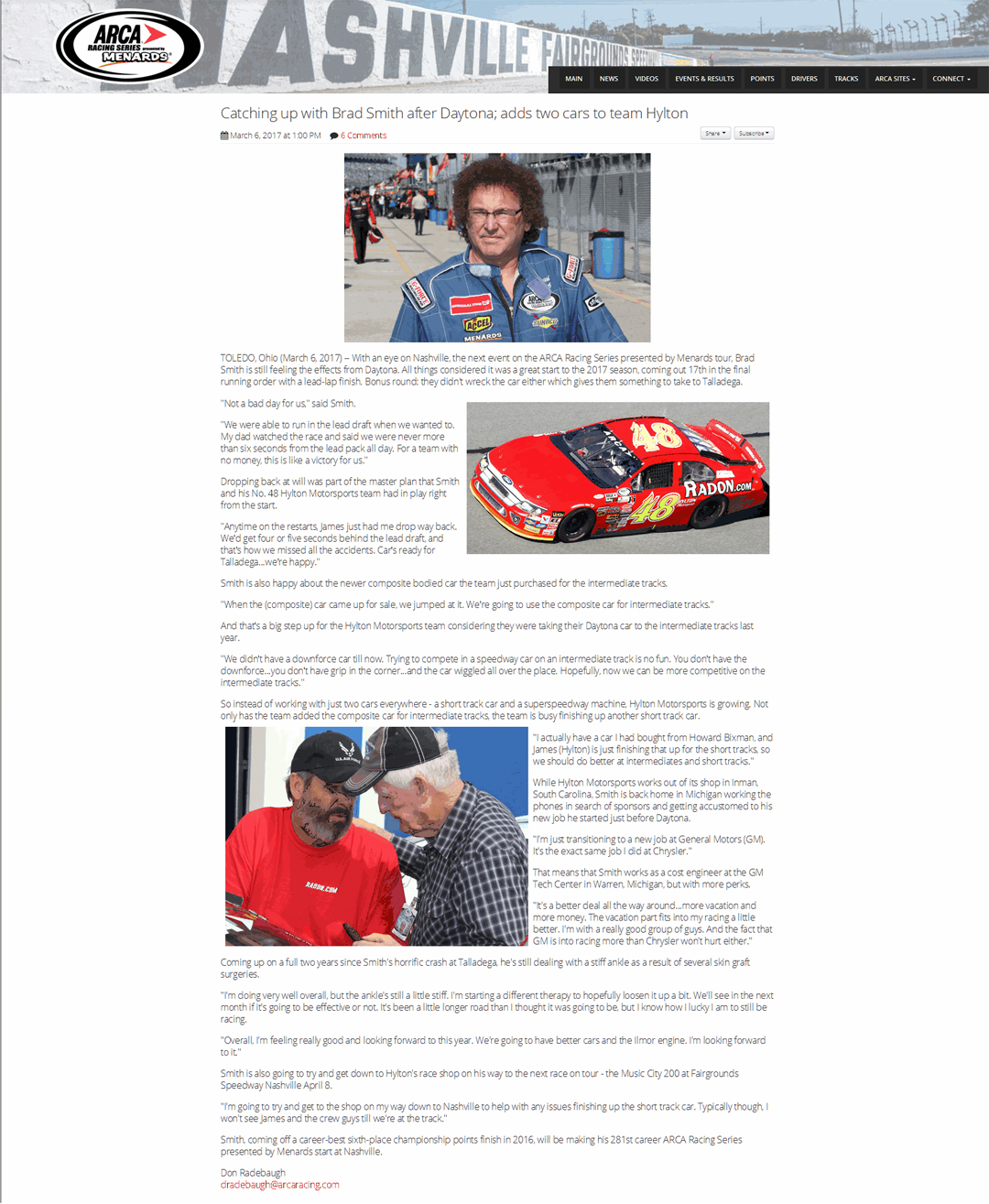 Our team mates and sponsors:
About Brad Smith: Brad is closing in on his milestone 300th career ARCA start and has been a consistent top-20 driver throughout his career. In 2016 he finished 6th in ARCA Driver Points and also won the inaugural ARCA General Tire “Spirit Award”. He also was the winner of the ARCA “Sportsman of the Year” award in 2006. He is currently 8th in Driver Points for the 2017 season.